it was a heavy rain kinda morning when I started drafting this post (yesterday). I was seated comfortably in the bus otw to work so I thought I would squeeze in a mindless update on wedding preps…

so two things have been settled/booked: shoes and flights!

I really loved this pair of shoes when I saw the photo. unfortunately by then, they were starting to be OOS at Charles and Keith. so I turned to Carousell. saw that a seller was selling them in size 38, so I got them! $35, not too shabby right? they arrived via courier yesterday and alhamdulilah they fit ok. in real life they’re not as glittery though, but hopefully once they hit the light etc, they’ll look more glam 🙂

alhamdulilah, our flights are settled!!! exciting nye. insyaAllah, we fly off on the Monday night after our wedding. in the beginning, our honeymoon was supposed to be 2-3 weeks after the wedding. but after my future SIL got married and flew off for her honeymoon within the following week, ninja groom pun ter-influenced to move our honeymoon earlier 😀 so inside I very happy lah. as an office worker i’m just glad I don’t have to return to work on say Tuesday with my inai still in its full-ish glory heh.

did you know that there are websites out there dedicated to discussing which are the best seats to choose in an aeroplane? yep. airlines will usually say which aircraft they’re using, so you can search for your airline + aeroplane model, or just input your flight number on these websites. since we are doing a long haul flight, I decided to consult these websites before selecting our seats. 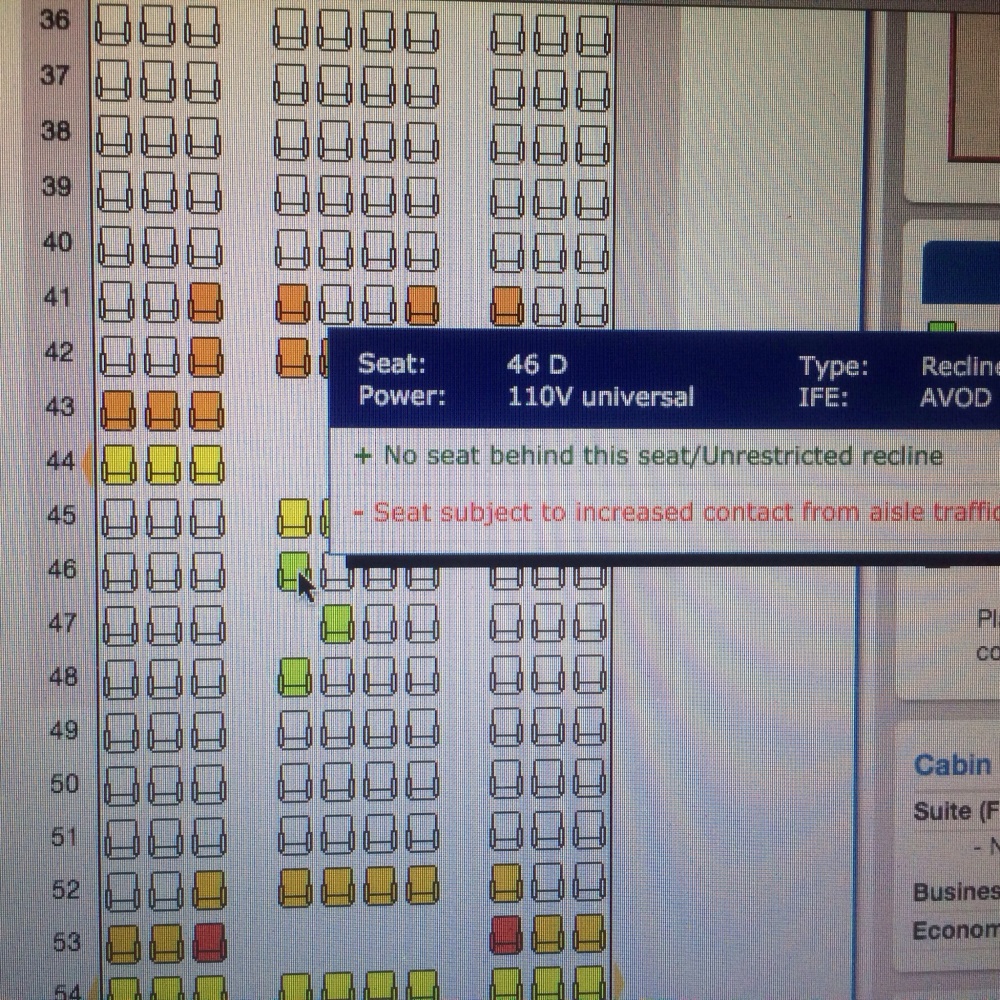 ok excuse the image quality. this was me taking photos of SeatExpert on my laptop screen and sending them to ninja groom for his opinion. you can see the different colour codes… white = average seat, green = above average, yellow = mixed reviews, orange = below average, red = beware. of cos airlines will sell the more spacious seats for an extra fee. for those of us who aren’t looking to top up for better seats, the charts are more useful to know which seats to avoid.

anyway, I ended up cross-referring to another website which didn’t agree that the three green seats were really above average, so I picked us normal/boring central seats some rows further behind. apparently someone/some people were booking same time as I was, cos some seats disappeared upon refresh. for a flight that’s 5 months away, quite a lot of seats have already been selected boo.

also happy to report that we hit our credit card spend/travel hacking target. reaaally hope the miles we’ve earned can redeem us at least one return ticket to NZ for next year!

so yep, that’s the story of our flights. so excited that’s it’s slowly materialisinggg 😀 ❤ thank you, you! I've already gotten in-principle approval for my leave. insyaAllah I'll just be working for 2 days in May 2015 bebeh! aaand I realised much later that the Monday that I was supposed to return to work on, is a public holiday – Vesak Day. so I get an extra day off… gerek ah. only thing is that my pre-wedding leave is only from the Wednesday onwards. cos I stingy heh. it's gonna be tight but hopefully I'll pull through. fighting!

Leave a Reply to the wedding kraken Cancel reply